Last updated on August 28, 2021. This post may contain affiliate links.

Day 3: The drive from Arkansas Post to your next stop, President William Jefferson Clinton Birthplace Home National Historic Site, is 3 hours. Depending on where you spent the night, it could be shorter. Spend the day at the former President’s home before driving to Hot Springs (1.5 hours) and spending the night.

Day 4: Spend the day at the smallest of the 63 national parks, Hot Springs.

Day 6: Drive to Pea Ridge (1.5 hours) and learn about this significant battle. Spend the night in this area or continue toward Buffalo National River, your final stop.

Day 7: Buffalo National River is about 2-3 hours from Pea Ridge depending on which part of the park you plan to visit. Spend a day hiking or paddling on the river before returning to Little Rock, a 2-hour drive, for your flight home. 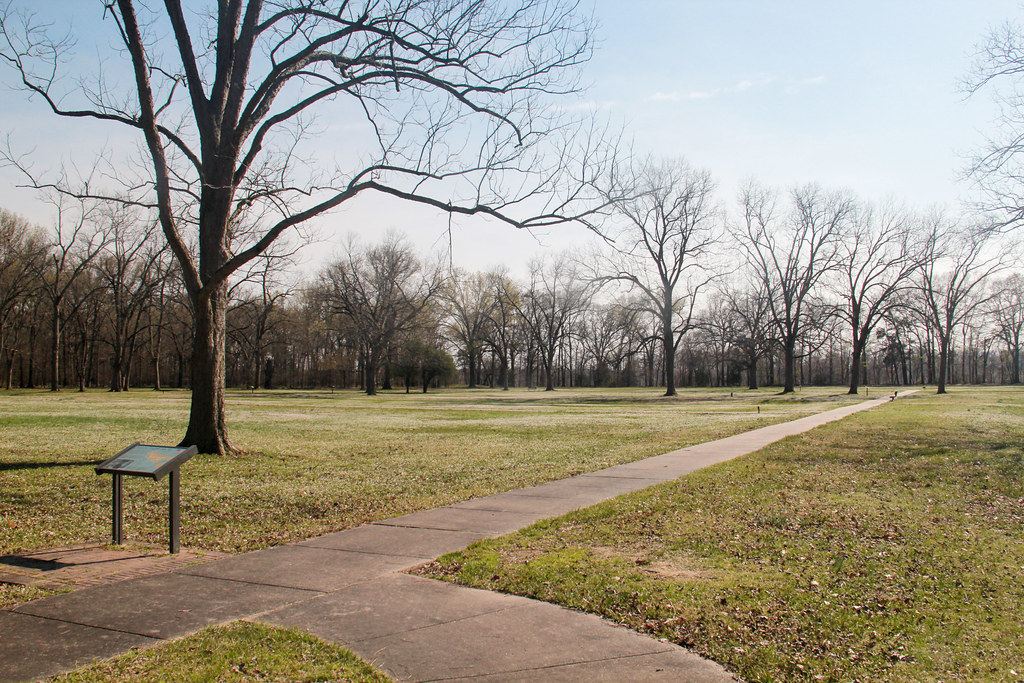 Arkansas Post National Memorial provides national recognition of the three centuries of European-American occupation of the site. Its position was important to the French, Spanish, American, and Confederate militaries.

The national memorial is situated on a bluff at the confluence of two rivers and provides a view of the Mississippi River to the south and the Arkansas River to the north. It was home to the only Revolutionary War battle in the state and served as the first capital of the Arkansas Territory.

The national memorial commemorates both individual participants in United States history and early American frontier culture. It is an excellent example of historic preservation as well as commemorating historic events.

The first National River to be established, this 135-mile waterway is one of the most hidden gems in the Arkansas national parks. Today, it remains one of the last undammed rivers in the continental United States.

Buffalo National River also provides many benefits such as recreation, education, and flood control to the people living near it.

Fort Smith National Historic Site is an excellent national park in Arkansas that preserves the life of soldiers, the Trail of Tears, scandals, outlaws, and the lawmen who pursued them. The site provides a range of stories that can be investigated through the establishment of Fort Smith.

By visiting the park, you’ll learn about Fort Smith’s military occupation, western expansion, and the impact both had on Native Americans. 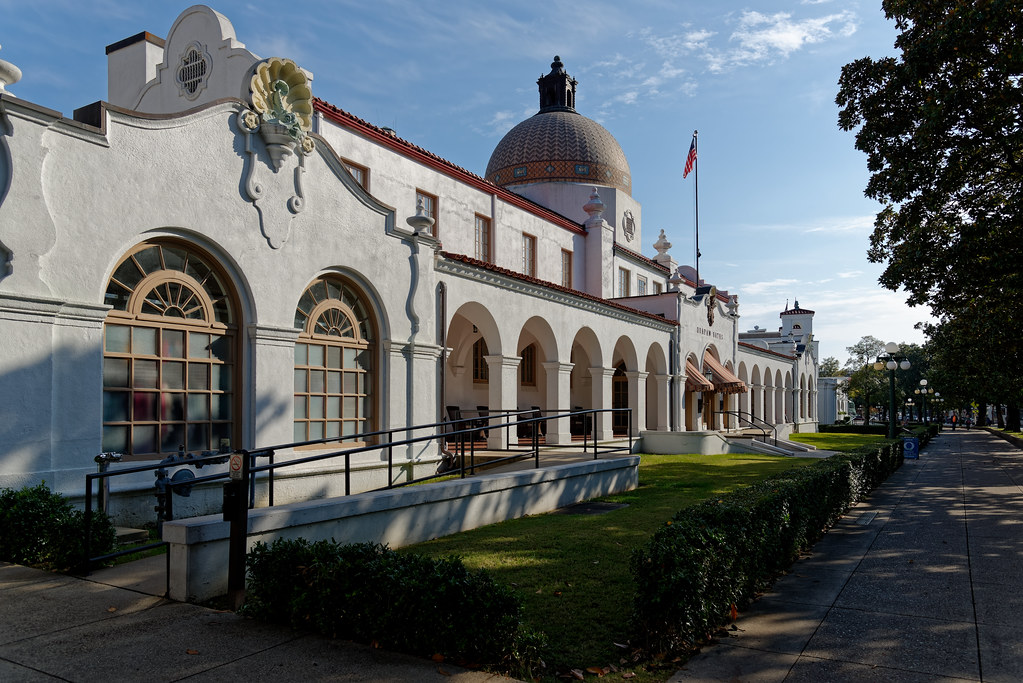 Hot Springs National Park is an interesting park with a rich cultural past. The national park is situated in the middle of the town and provides natural curiosities that have been drawing people here for hundreds of years.

The only national park in Arkansas, Hot Springs includes geology, forested hikes, and creeks. The national park’s history includes hundreds of years of people coming to this site for the thermal springs and mountain views. You can still search for healing in one of the park’s historic bathhouses.

Hot Springs National Park provides an opportunity for visitors to explore fantastic natural curiosities all while being surrounded by some grand architecture. Of all the national parks in Arkansas, this is the only one of the nation’s national parks. 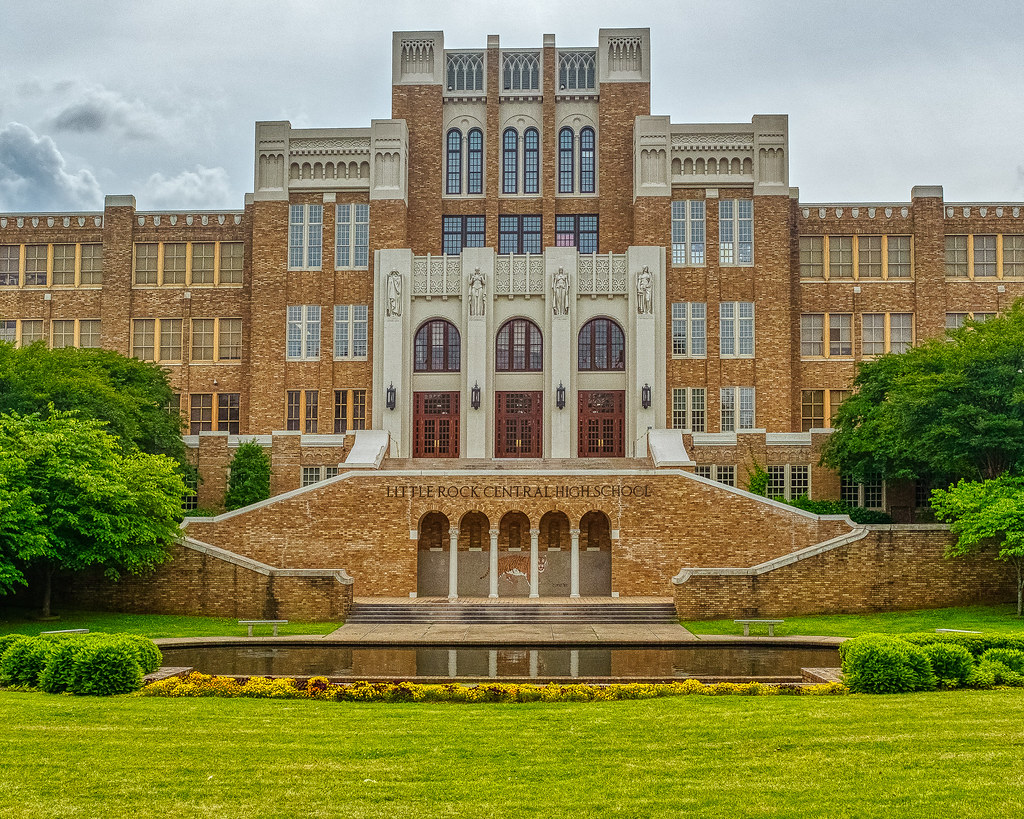 Little Rock Central High School National Historic Site is a school with national significance. It may be the most well-known of all the national parks in Arkansas.

In 1957, the Supreme Court ruled that segregation laws were unconstitutional in the Brown v. Board of Education case in Topeka (also a national park site). This court ruling served as a catalyst for further civil rights movements across America.

Shortly after, nine African-American students raised national awareness when they enrolled in Little Rock Central High School. In protest, the Arkansas National Guard was brought in to prevent them from entering the school and national attention followed. The students entered the school anyway. They’ve been known at the Little Rock Nine ever since. 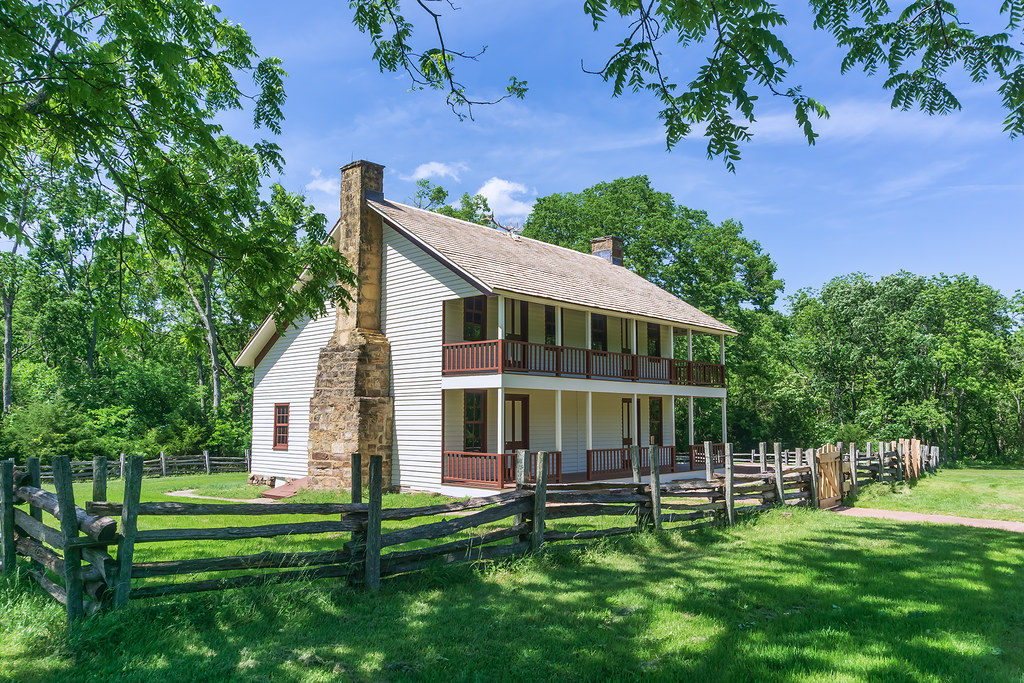 Pea Ridge National Military Park commemorates the Battle of Pea Ridge. Visitors to the national military park will be able to explore the battlefields, museums, and monuments that tell the site’s story.

Pea Ridge is one of three national parks in Arkansas that commemorates an event from America’s civil war. This national historic site provides information about the Battle of Pea Ridge, which was groundbreaking for Union troops.

This battle was a turning point in the war as it decided the fate of Missouri, which was torn between North or South, Confederacy or Union. After the battle at Pea Ridge, Missouri was secured as a Union state. It’s also one of the best-preserved Civil War battlefields in the country. 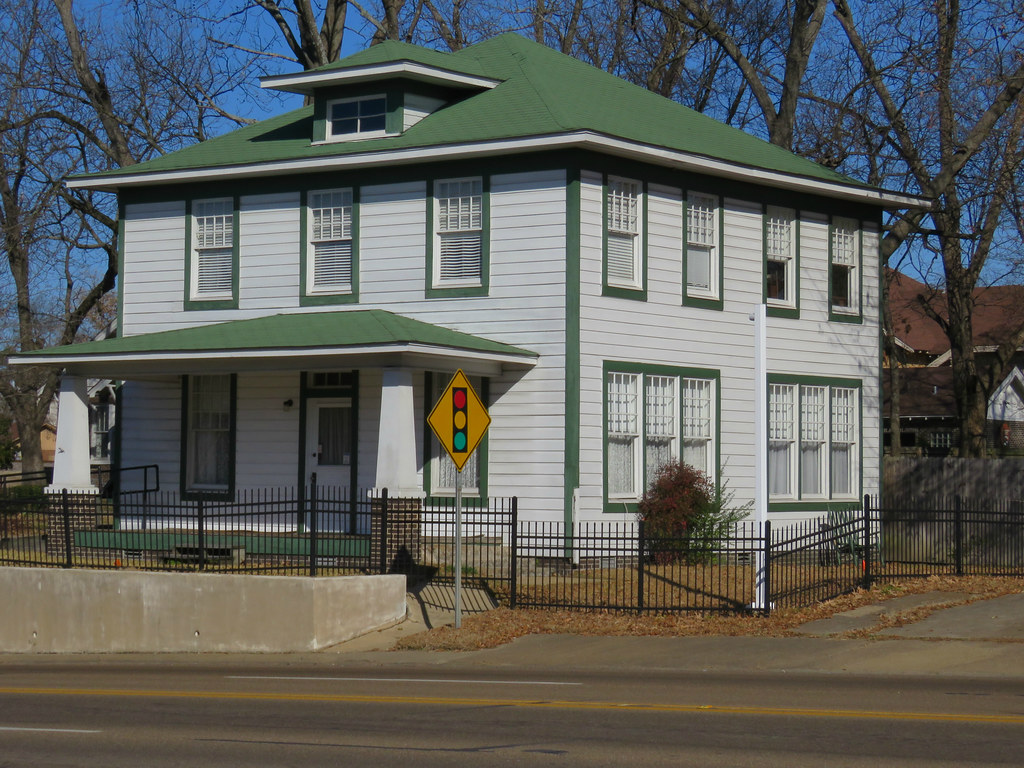 The site features small-town America at its best while being home to national significance. Growing up in such an environment greatly influenced the boy who would go on to become the 42nd President of the United States. After all, it is located in a little town called Hope.

Things to Do: Guided tours, museum

Pin the National Parks in Arkansas

This site uses Akismet to reduce spam. Learn how your comment data is processed.

Hey there, and welcome to The Parks Expert! I’m Riley, and I think it’s safe to say that I kind of love national parks. One day, I hope to see them all.

Read more about me

The National Park Service is modifying its operations on a park-by-park basis. Before visiting, please check with individual parks regarding changes to park operations. The Parks Expert may not reflect all modifications resulting from the ongoing pandemic.